A monster created by a Shady Magic User, by the petition of Ebisu's Parents. It was an exact physical copy of Ebisu, yet it was also a creature that was made out of Magic without any personality from the original. It properly debuted in Chapter 58.

It was an exact physical copy of Ebisu, having her old clothes and teddy-bear Mask.

When it was infuriated by the original Ebisu, it morphed into a twisted looking monster with sharp long hands, a broken jaw, and bloodshot eyes.

Overall, the creature's personality consisted of extreme outbursts of violence and anger. It believed it was the original Ebisu and at the smallest provocation became feral.

After grieving the disappearance of their daughter, Ebisu's parents paid a Magic User a hefty sum to create a doll of Ebisu. They acquired the magic doll believing it would finally fill the void in their lives; but in the end, it only resulted in a twisted monster that forced the couple to escape from the the mansion., leaving only a housekeeper and the doll as the sole inhabitants of the mansion.

Once Ebisu got her memories back, she returned home to find the doll using her old mask and clothes, which caused her to run away in fear. Consequently, she found Granny, her former babysitter and housekeeper. As Granny was explaining the situation to Ebisu, the doll found the two and killed Granny. It then morphed into a grotesque creature that began to pursue Ebisu through the house.

While fleeing, Ebisu had made it into her old room. She discovered some old black powder she had hidden in the past. With that, she morphed into a giant raptor-like creature and proceeded to mutilate the doll. However, in the doll's final moments, it sliced Ebisu's head open. Just then, Fujita had come to the house in order to investigate. Discovering the ordeal, he used the remaining black powder in Ebisu's room to destroy the creature for good. 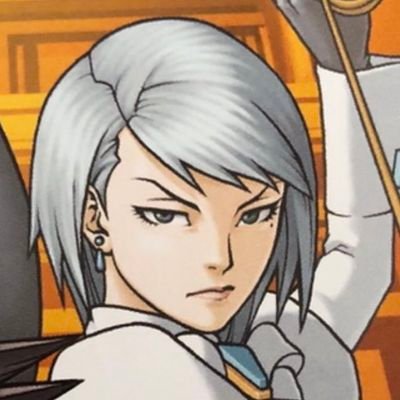