The Chapter Cover appears to be a layout of Hole's shopping centre during the Night of the Living dead; labeling the placement of characters in the area.

The Chapter begins with the occurrence of Kaiman noticing how The En Family are Magic Users, due to the lack of magic users recently he is happy to be able to nab more. Shin and Noi discuss fighting tactics as Fujita shrieks of the zombie transformation Ebisu takes after being bitten in the last chapter.

Kaiman's reckless behavior makes him go straight to attack the magic users as Nikaido gets on the defensive after the reminiscing of her fortune from the Acupuncturist warning about Shin. Kaiman immediately unsheathes his knives and attacks Shin who defends himself with his hammer then kicks him over. Nikaido soon wavers to help Kaiman when she is stopped by Noi and Nikaido attacks first by kicking her straight in the chest. Impressed by Nikaido's strength, Noi gets distracted by the enticement of her force and urges that they should be friends. Noi notices her distraction and continues her strife, later in the battle Noi kicks Nikaido in the stomach sending her to smash into a building's wall. The impact causes Nikaido to pass out in which Kaiman picks her up in aid. Kaiman continues to fight Shin in anger but Shin soon breaks Kaiman's knife as he kept striking his hammer, Shin swings the back of his hammer into the side of Kaiman's head making him knock out cold leaving the En Family victorious in battle.

Ebisu lets out a loud moan in her zombie state as Fujita pleads that they should do something about her. Before The En Family could leave, one of Kaiman's is swung straight into Shin's heart. Before Shin could notice it, Kaiman grabs onto his head and sinks his teeth onto it. Shin soon enter's Kaiman's head when the man inside Kaiman's head appears before him claiming once again how he is not the one. Shin defends himself from Kaiman by slicing the side of Kaiman's neck with his hammer which releases him from his head. Kaiman's head soon is ripped off of his body as thick blood sputters through his severed neck which forms a face within the spray of blood. Nikaido wakes up and helps Kaiman's body up and bites her finger spraying dust that forms a Magic User door that she escapes with Kaiman through. Shin plots that they should first find out who transformed Kaiman when he finally falls down on the ground and passes out.

Morning finally comes and burns the Zombies away and the scene transitions to Doctor Vaux who finds Kaiman and Nikaido passed out before him and he rushes to their aid.

Five days pass in the hospital and Vaux yells at Kaiman to shut up and keep eating in his hospital bed. Kaiman asks about Nikaido's health and Vaux assures him that she left two days ago and how she's actually a Magic User. Kaiman laughs at his truth and believes it to be a side effect of Vaux's fat reaching his brain, Vaux angrily leaves the room which transitions the scene back to Nikaido making Gyoza at Hungry Bug while contemplating the results of the end of her friendship if Kaiman found out she was a Magic User. Kaiman enters Hungry Bug bringing her the food mill as a kept promise of friendship from the Night of the Living Dead. Vaux later enters bringing Kaiman's forgotten severed head in a bag asking if he should put in a jar of formalin. 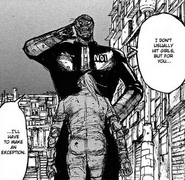 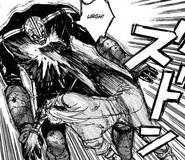 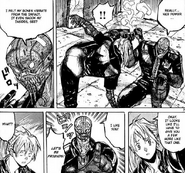 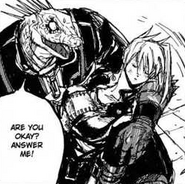 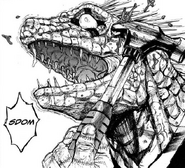 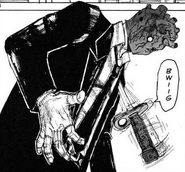 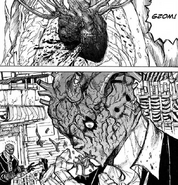 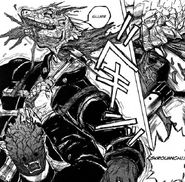 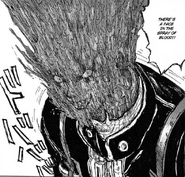 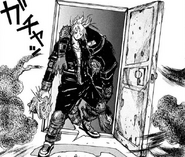 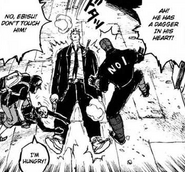 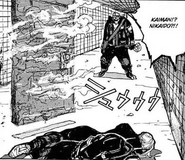