The Central Department Store is a commercial building in Hole erected over the reclaimed land of "The Lake of Refuse" and centered primarily in the latest arc of the manga, playing an important role in the climax of the story.

Built around 6 years prior the beginning of the story, the Central Department Store was created as an attempt by the city's government to build a new commercial building in the center of Hole, on top of the reclaimed land of the Lake of Refuse. Little more than a simple empty place with tons of improvised stores, a small cinema and a basement, the Department Store is more like a flea market building, where the residents of Hole come to buy and sell. During the Night of the Living Dead, the residual magic in the sludge beneath the Store warps reality around the building, making it look like a massive tower of Magic Smoke overlooking the city from far away, though once people come closer they discover that the department store is still at its regular size.

Its symbol is the ancient emblem of Hole, created by Chidaruma thousands of years ago to differentiate the three realms he created or discovered, Hole, The Magic User World and Hell. He even crafted coins with the different symbols on them and gave them to The Devils to use as some form of currency (Chidaruma just did this because he likes shiny things).

During the last day of The Living Dead, the store became the meeting point of the three main parties in the story, as the central setting of the presumably final arc of the story. The first group being the Cross-Eyes, who were looking for their kidnapped Boss who had turned into a mindless monster in addition to Fujita, the second, the En Family, looking for ingredients to create a Magic Doll to search for one of their members in order to resurrect En, and thirdly Nikaido, Asu and Risu, who went to the store to sell the remaining devilish delicious gyozas the soon-to-be-Devil had cooked last night.

Once the top members of the Cross-Eyes came to Hole by the wishes of the beast that had once been their boss, they soon became distressed as it began eating garbage out of hunger. Trying to find food, they got separated while Dokuga, one of the top members, remained beneath a bridge near to the sewers to take care of the Boss, accompanied by Fujita, who had been keeping an eye on them for a while. They was ambushed by Yasaka, a treacherous new member of a sub group of the Cross-Eyes, who got a group of newcomers to assault and take the creature to the basement of the Central Department Store, believing it was the source of Black Powder all along, and leaving Dokuga there to die. The other members, noticing the disappearance of both the creature and their friend Dokuga upon their return, searched the whole city until they too ended up inside the store.

The En family, having escaped from the Magic User Realm, and the mysterious rain which had suddenly started in their world and had previously only been a phenomenon exclusive to Hole. The family memebers took refuge in Hole's Hospital for Magic User victims, living there for a few days, where they found an almost dead Dokuga. Because of his status as a top member of the enemy organization, they tortured him until they found out that the Cross-Eyes' Boss was currently in Hole, and with him the still undetected Fujita, a member of the Family entrusted with the mission to retrieve En's Devil Tumor from their enemies. Since they needed to find him, and nobody knew the exact whereabouts of The Boss, Turkey crafted a magic doll resembling Fujita in order to look for him. As doll was horribly made out of cheap ingredients found in the Hospital, it was destroyed in a clumsy attempt to release it from the cauldron it was made in, and because none of the near stores were open the Top members used a magic carpet to go to the department store to buy the ingredients needed for a new. Thanks to the interference of the magic smoke from the store itself, the carpet fell to the ground, scattering the members, and leaving everyone on their own inside the warped building.

Meanwhile, Nikaido perfected her time-type magic and fixed her mistakes in her past, and she and Risu discovered the secret behind their common friend. Together with Asu, they headed to the department store to sell the gyozas Nikaido had cooked using her new Devil powers. When they came inside, Asu was disappointed to find that the store resembled a cheap looking flea market rather than an actual department store, with entire shops improvised in the columns of the building. There, Nikaido was suddenly possessed by her Devil side, and started giving out the gyozas they intended to sell for free in front of a noodle shop, which made the shop owner angry since he thought she wanted to steal his clients. Her rude and devilish way to express herself made the owner even more mad and Nikaido refrained herself from killing him, seeing as how big of a success her gyozas were. Asu, not understanding how the currency in the human world works, was selling the gyoza bento at a ridiculously high price, but the people in the store got so crazy about them that they sold everything anyways.

In the basement, the Cross-Eyes found out that the Boss murdered and ate one of their friends, Ton, who had wandered into the basement alone and was ambushed and slaughtered by the creature, which went berserk when Yasaka chopped its skull, becoming a canniballistic monster that ate all the other Cross-Eyes who had tagged along with Yasaka. Horrified, they attacked against the monster, but Saji and Ushishimada were killed on the spot, leaving Tetsujo and a disoriented and still invisible Fujita as the only survivors in the room. The creature opened a hole in the basement that was linked directly to the Lake of Refuse, shouting "Sacrifice" over and over and throwing itself into the lake. A barrage of sludge came from the hole and the two magic users had to escape from the basement.

As the power in the entire store suddenly went out, the store was warped by the effects of the Lake of Refuse and Hole manifested as an evil entity inside the building, turning all the humans in there into zombies through the use of sewer tubes, right as Asu tried to teleport himself, Nikaido and Risu away using his magic. The sinister power of Hole messed with his mind and blinded him out of pure horror, and when he later attempted to open a magic door a zombie came out and chopped his fingers off, rendering him unable to produce any smoke. Nikaido could see perfectly in the dark thanks to her Devil powers and Risu transformed into Curse after feeling the killing intent of Hole in the store, but was captured along with Asu by the same tubes that controlled the zombies. Incapable of breaking them and free themselves, they got carried away from Nikaido, who, unable to understand anything, started to search the entire store looking for her friends, but her devil side made her do a shopping spree just for the hell of it instead.

The En family was scattered around the building, with Shin and Noi walking through the halls of the store which appeared much bigger than they were supposed to be. There, Shin knocked out his partner using his mutilate-type magic in order to open her skull, and put two extremely small bottles of a powerful heal-type smoke for her Devil Tumor to hold in, in case she got killed in the department store. Apologizing for that, he went ahead and was ambushed by the sinister entity that took over the store, and a sewer tube got stuck in his leg, pumping refuse water mixed with the power of the entity into his body, making him become a living zombie. Now possessed by Hole, he attacked and seemingly killed Noi by hitting her head with his hammer, and having come across Fujita and Tetsujo, mutilated them both, leaving them as simply rolling heads, the same fate that befell Chota and Turkey when they found him after wandering the hallways fo quite some time. Shin left all of them, even the corpse of Noi in a warped chamber that heavily resembled the inside of Kai's mind, the now ascended Devil and ruler of the reality inside the store.

Ebisu, separated from everyone except Kikurage, fell into the sewers and broke both her arms, which, while extremely painful, she considered very funny thanks to the magic hair clip stuck inside her brain. While she healed her arms, she discovered the thing that had stopped her from dying from the impact was a body bag with En's corpse, as well as the mutilated body parts of Dokuga in another bag. As the contusion from the fall had rendered Dokuga amnesic and at the verge of death, she healed him and lied to him by claiming that she was his "Ojou-sama" and his name was Kaiko, which he not only believed, but showed an extremely cheerful attitude towards. Operating as her servant and carrying En's corpse, as well as her sometimes, they bagan looking for an exit from the store. 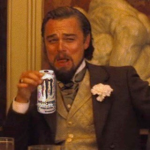